2019 Session a Success for Montanans 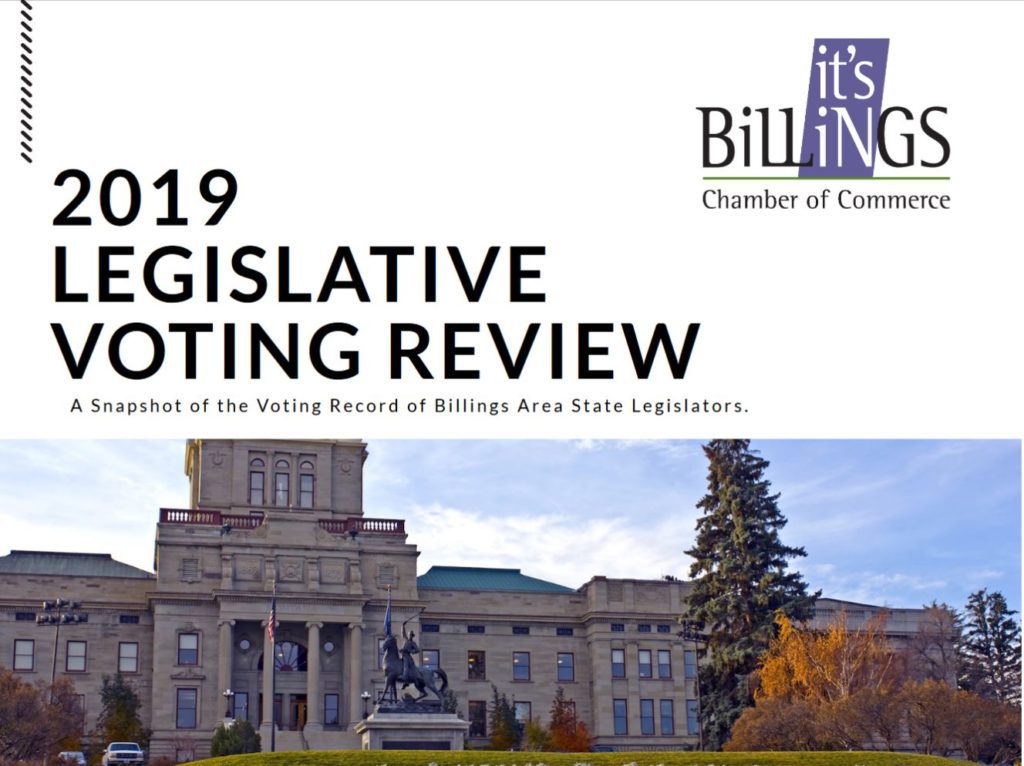 Every two years Montanans fill in the ovals on our ballots and choose the 150 citizen legislators to represent our interests at the Capitol. At the end of a hurried 90 working days, the Legislature adjourns and many Montanans are left asking, “what happened?” If that sounds like you, you’re not alone.

Reflecting upon the last four months, I would say the 2019 Legislative Session was one of the most productive Montana has seen in awhile. Business climate, infrastructure, economic development, public safety, and healthcare were all policy areas garnering wins this session. For Montanans it means more business, increased economic development, addressing safety concerns for citizens, and continuing healthcare coverage for nearly 10% of our population. Unfortunately, Billings’ biggest priority, the 406 Impact District bill did not pass, but generated statewide bipartisan support throughout the process.

Credit for this session’s success goes to the legislators who reached across the aisle and worked to craft bipartisan solutions to the challenges our state faces. Both Republicans and Democrats worked together on major issues to improve the lives of Montanans. A quick examination of the gridlock in DC, largely due to partisanship fights, should indicate why strict adherence to party lines is a bad idea. The  “Solutions Caucus,” a group of Republicans who worked with Democrats to pass big initiatives like a bonding bill and Medicaid Expansion, are a benefit to Montana and an example to politicians in DC.

Focusing in on the efforts of your Billing Chamber of Commerce, we examine a few of the wins and some work remaining. In total we took action on 79 bills, working on business climate issues, public safety, infrastructure, economic development, and tourism, to name a few. Below is a snapshot of the work we focused on, click here for a more complete Legislative Scorecard.

Despite the numerous wins from this Legislative Session, work remains. The 406 Impact Districts bill (related to One Big Sky District), sponsored and supported by many of our legislators including Senators Roger Webb and Margie MacDonald, did not pass this session. However, many legislators from around the state recognized the potential of this new model of funding economic development and it is very likely to draw larger statewide interest and support in 2021.

Thank you to our citizen legislators who worked hard to find solutions and make Montana the best place to live, work, and play.